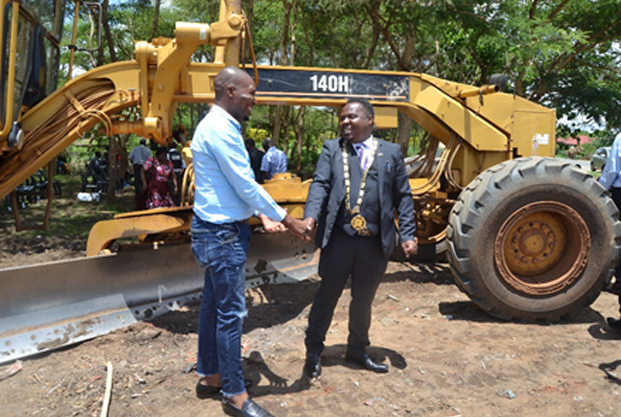 Lilongwe City Council (LCC) has embarked on a plan to establish a recreation park at Area 18 in Lilongwe dubbed ‘Area 18 Valley Park’ where people, including the youth will be able to host different activities such as wedding ceremonies and sports games among others. Speaking on the sidelines of a groundbreaking ceremony for the park on Wednesday, Lilongwe City Deputy Mayor, Richard Banda said the city council decided to embark on the development after noticing the gaps in recreation places in Lilongwe City. “In our city we do not have recreation parks, for this reason as city council we decided to create one at Area 18 where city residents, particularly the youth, will be conducting various activities such as weddings and sports games including football,” Banda said. He added that the park, which is expected to boost the city council’s revenue through fees payments by clients, will be in operation by March, 2020. Banda further said the park would also add beauty to the city in addition to enhancing environmental conservation around the park area.

In her remarks, Area 18 Chimutu Ward Councilor Esther Sagawa hailed LCC for its decision, saying the facility would motivate the youth in her area. “We have a lot of problems with our youth whereby some of them are being engaged in violent acts as well as drug abuse because they have nowhere to go for a breather. “In this case, I am happy with the development of the park in my area as it would keep our youth busy with various activities, hence keeping them away from engaging in undesired behaviours,” she said.

Commenting on the same, Gilbert Zimba who is Group Village Headman Chatuwa at Area 18 also commended LCC for coming up with the decision for a park project, saying over the years, his people have been waiting for such development.